The Coronavirus pandemic has drastically changed the way of life for people across the globe. The lockdown technique coming in play as the counterattack of this life-threatening illness has left millions in the lurches. At the same time it has impacted the Mobile App Market, but for all good until now. The upsurge in App usage has also significantly impacted the Trending Apps for the season.

Though in the parallel universe, those Working from Home or sick off staying contained this long are inclined towards many other Apps. The video conference, social network, video on demand and dating Apps are also the notable gainers during this ongoing turmoil. It’s the idea of social distancing and staying virtually connected making these Apps need of the hour.

So, to keep you updated regarding COVID-19 Trending Apps, below are some of the Apps making this lockdown situation count in their favor: 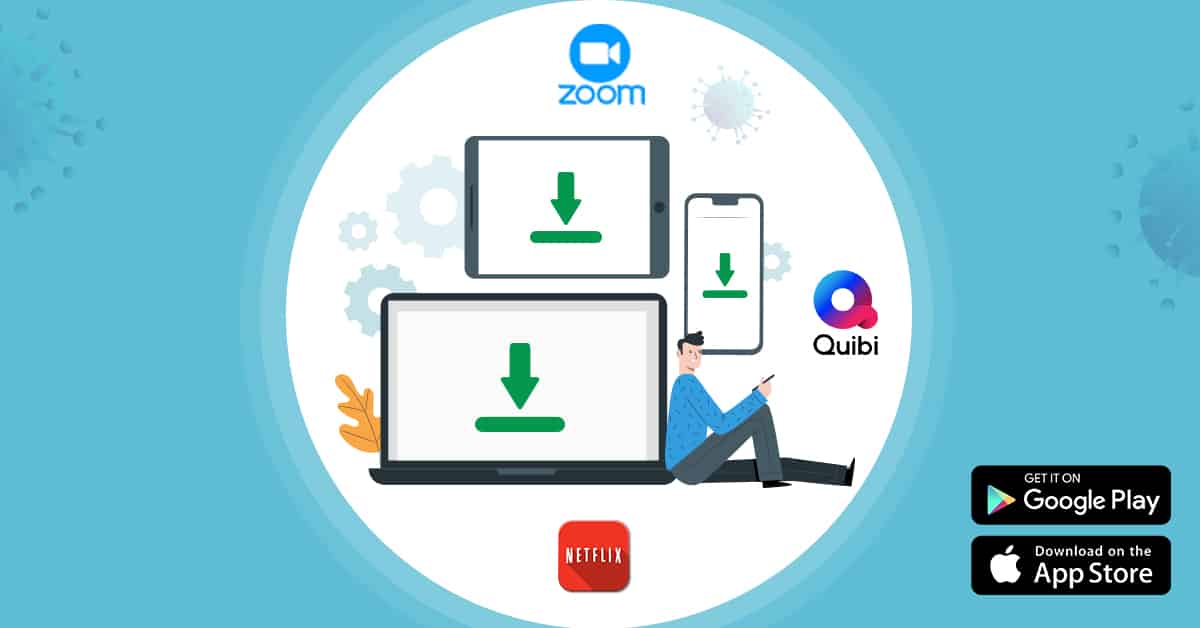 The Work from Home (WFH) may or may not be that productive but it has changed fortunes of video conferencing App, Zoom. Though many other Apps of the same niche are having ideal outing still Zoom is miles ahead of them or particularly any other App in this time frame.

Zoom is in demand since WFH is implemented and different companies are using it for video conference calling. The best part is it shares video and screen for up to 100 people at once.

The Californian online video streaming service is unstoppable with adding 15.77 million subscribers in the first quarter of 2020. These record numbers just witnessed a spike in March following the lockdown in many countries across the globe. Now standing with total 183 Million subscribers, it won’t be wrong to say this media service App was also part of Australia’s lockdown strategy.

It should be noted here that back in March as Australia implemented strict lockdown, the Australian government asked Netflix to reduce data for seamless services without the broadband overload.

The resurgence of Apps like Netflix Party pushed the limits for this on-demand video App as it gave new life to the idea of watching movies together. Netflix Party is a Google Chrome extension through which multiple users can sync and watch movies together. Just to let you know, this extension has grown one million users now and that directly or indirectly is adding heaps of benefit to Netflix as well.

Nobody knew if it was an ideal time for an entertainment streaming App launch or not. But Quibi just rocked the world within just a week of its launch in the US and Canada. The 90-day free-trial going on in both the aforementioned countries shot it to the one million subscribers in a week time.

Later in the third week, the number of downloads have surpassed 2.7 million and one can predict an increase in them as Quibi’s TV feature is yet to roll out in May. As of now, Quibi is only for mobile phone users with nothing at all even for tablet users.

The short episodes up to 10 minutes roll out every day on Quibi and feature stars like LeBron James and Liam Hemsworth. With things so far, Quibi with movie-quality shows seems to give a tough time to the already entertainment streaming Apps.